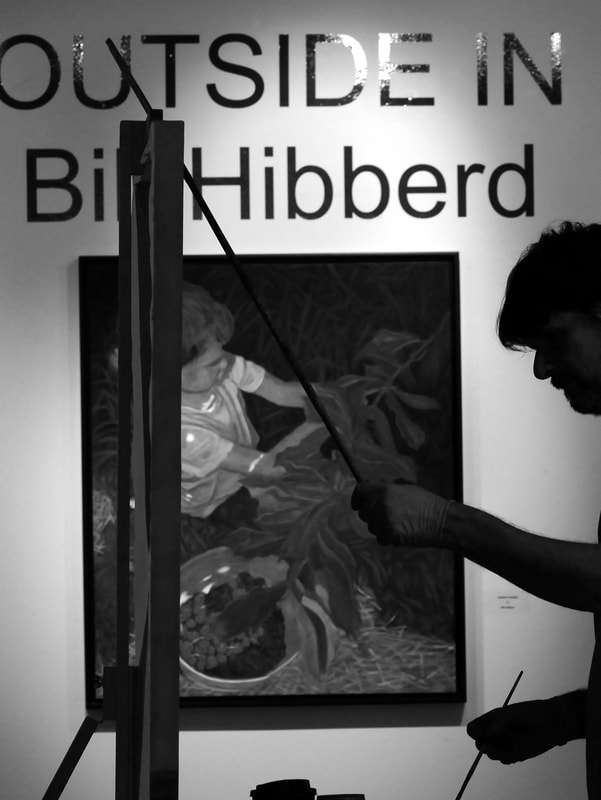 Bill Hibberd (b.1952 Port Alberni, BC) currently lives in Duncan, BC. After completing his first year of Fine Art at Okanagan College in Kelowna circumstances of life prevented him from any further formal education but he thrives on self directed studies . Bill continues to benefit from studying the thoughts, works and processes of past and present masters.

Bill is a thematic painter, working through process and subjects for several years before moving on.   Each successive period of work informs the following. He focused on plein air painting for years. Bill initiated a one year project committing to painting one hundred portaits. He invited all who would to come and they did from as far away as Hawaii, Sweden, Britain, Australia and Somalia. This effort culminated in two public gallery solo shows one of which resulted in the largest attendance on record for the host gallery.

Having recently reconnected with his beloved Vancouver Island Bill is now working out a palette and process that suits his interpretation of his spectacular new environment. He is an active member of the Victoria chapter of the Federation of Canadian Artists. He enjoys local involvement with the Cowichan Valley Fine Arts Council. Bill has taught many workshops and been honoured to guest present at various art organizations. He is currently mentoring a local youth in his art awareness.