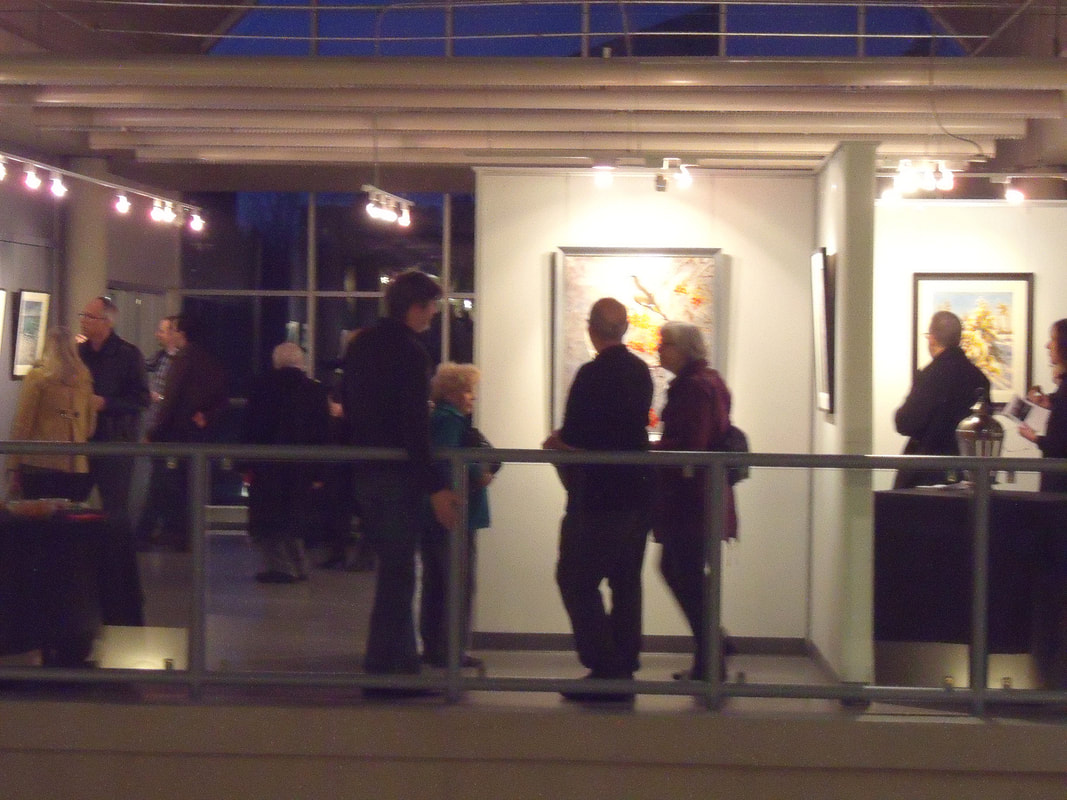 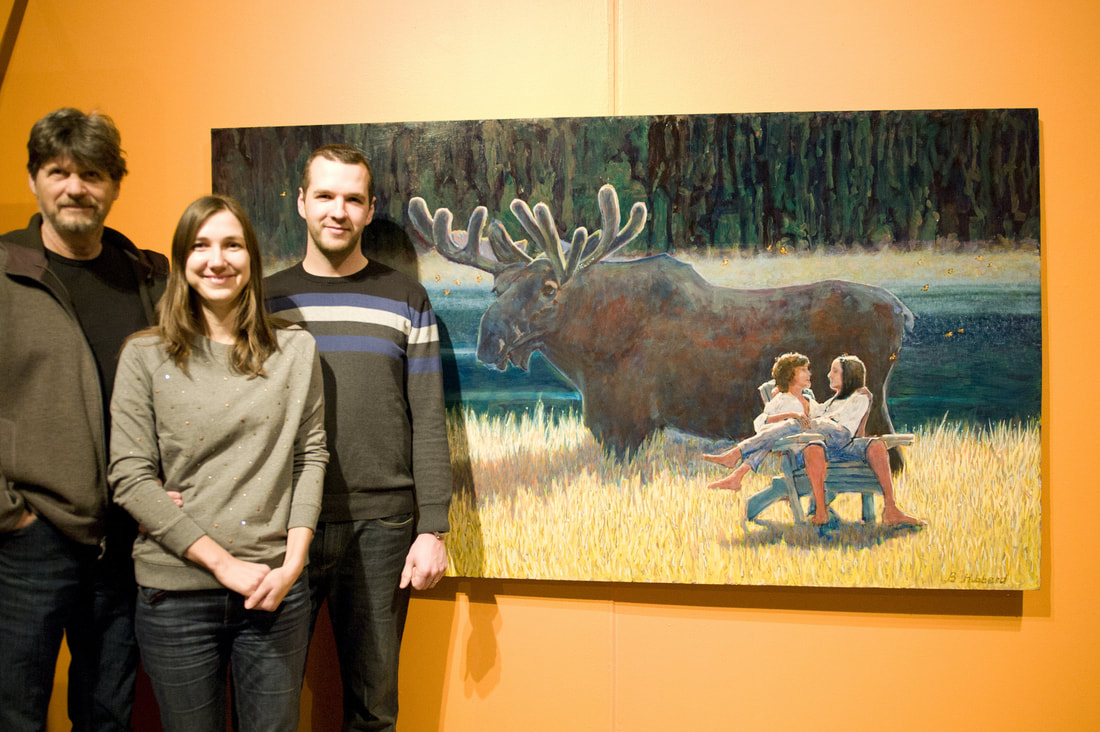 Bill has completed many commisions. Here are a few examples. 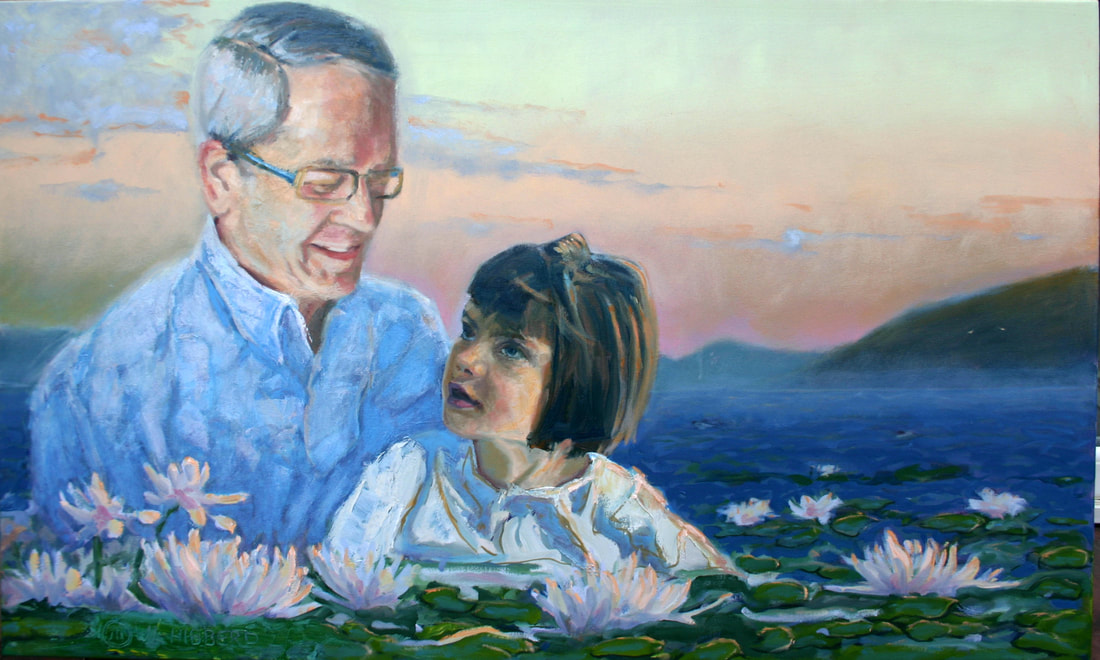 "Doves Song". A special piece for a very special young lady.  A quote from my client.
"We've had the pleasure of knowing Bill since first moving to Summerland BC in 2002 and followed him as he ventured into his own style of artistry.   Our family has been on a very personal journey with a severely disabled granddaughter who has a special connection with her grandfather.  We wanted an art piece that portrayed this loving connection while looking beyond the disability so we approached Bill with our idea.  He was compassionate and sensitive to our granddaughter, Kyla, and truly captured the essence of this special little girl and Grandpa in “Dove Songs’ mystical beauty.   We now display this very special meaningful painting in our business to share with everyone!